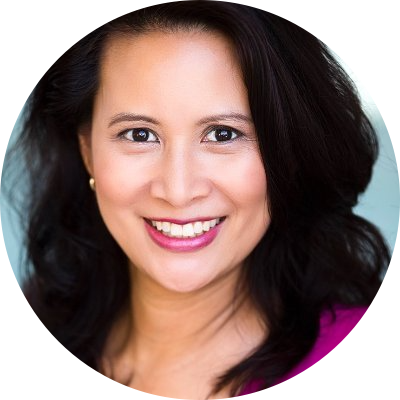 Over the past two decades, Larissa Lam has established herself as not only a creative force in music, film and TV but a voice that inspires and empowers others. A dynamic speaker and performer, Larissa has captivated audiences across the U.S. at Lincoln Center, The Grammy Museum, TEDx and more. She has won numerous awards for her music and films and has been featured on NBC News, CBS, NPR, LA Times among other media outlets. She is passionate about promoting better cross-cultural understanding and the importance of diversity and inclusion. This petite, Chinese-American woman is a true multi-hyphenate who defies stereotypes and expectations.

More recently, Larissa has gained recognition as a filmmaker with her award-winning documentaries, Finding Cleveland and Far East Deep South, which explore the little known histories of Chinese families in the Mississippi Delta during segregation. The films are an eye-opening and poignant look at race, the immigrant experience and American identity. Far East Deep South made its broadcast premiere on the World Channel (PBS) series, “America ReFramed” in May 2021. Additionally, the film has garnered awards at numerous film festivals and Larissa won the 2021 Mary Pickford Award for Outstanding Achievement in Filmmaking.

More than just your average artist, Larissa picked up the nickname “The Singing CFO” when she put her Business Economics degree from UCLA to work as the Chief Financial Officer of NSOUL Records. It was also at NSOUL where Larissa’s singing career began when she became one of the lead singers of the Gospel EDM group Nitro Praise. Legendary DJ, Scott Blackwell (Madonna, Taylor Dayne), produced the group. Larissa toured nationally and recorded three albums with the group before embarking on her own solo career.

Growing up in Diamond Bar, CA as the only daughter of Chinese immigrants, Larissa thought she would become a doctor like her father. When she broke the news to her family that she wanted to pursue a career in entertainment, she was met with much skepticism. Because of her race, Larissa was told she would not gain acceptance in a predominantly non-Asian industry. Struggling to reconcile her Chinese heritage and American upbringing propels Larissa to help others also struggling with identity issues. Now a staunch advocate for issues impacting Asian Americans, it took her many years to stop feeling inferior and ashamed of her culture.

“When I was a kid, the most popular girl was blond and my favorite celebrities were blond. I wanted blond hair and blue eyes too but I would look in the mirror and just see plain black hair and dull brown eyes,” she confesses. “Now as an adult, I’m proud of the unique way God made me. I’m proud of my heritage and skin color

Furthermore, many of Larissa’s songs are inspired by her own mental health journey, having previously battled deep depression. She partnered with numerous mental health organizations for a national suicide prevention campaign #IFEELALIVE, with her song of the same name serving as its theme. The campaign included PSAs featuring various celebrities encouraging people to celebrate life. Larissa believes her music can make a difference in people’s lives.

She currently resides in Los Angeles, CA and is mom to one musical daughter. She is a big musical theater geek and NBA fan. A highlight of her life is singing the national anthem at a Laker (her fave team) game. She also has an unhealthy obsession with Garfield (yes, the cartoon cat) and penguins.

During Reconstruction, cotton planters in the Mississippi Delta recruited Chinese laborers to work on their plantations, to replace the emancipated slaves who had previously done the hard labor. However, the Chinese workers …