Unsung History tells the stories in American history that will have you saying, "wait, why didn't I know that?" Focusing on the lives of women, people of color, immigrants, laborers, religious minorities, enslaved people, and Indigenous communities, each episode of Unsung History starts with a background narrative telling the who, what, when, and where, followed by an interview with an expert on the subject who answers the why and how. 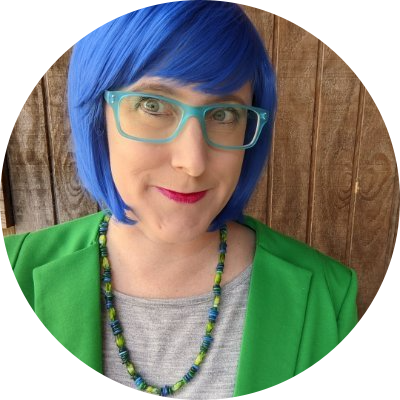 Kelly has always been the kind of person who asks questions — lots of questions — to anyone who will listen and answer. With a BA in Religious Studies from Northwestern University and an MA in Religious Studies from the University of California, Santa Barbara (where she wrote a thesis on feminist witches), Kelly has turned her questioning to politics and history where she digs deep into stories that aren’t getting enough attention.

By day Kelly is an administrator at the University of Chicago, where she has worked since 2004.

Kelly lives on the southside of Chicago with her husband, two kids, and two cats. When she’s not podcasting or working you can find Kelly with knitting needles in her hands. If she could knit and podcast at the same time she would.