A podcast about people and events in American history you may not know much about. Yet.

In 1936, Victor Hugo Green published the first edition of what he called The Negro Motorist Green Book, a 16-page listing of businesses in the New York metropolitan area that would welcome African American customers. By its f...

American Women Writers in Italy in the 19th Century

The second half of the nineteenth century was a momentous time in Italian history, marked by the unification of the peninsula and the formation of the Kingdom of Italy. Three American women writers had a front-seat view of th...

The 1968 Student Uprising at Tuskegee Institute

Days after the assassination of Martin Luther King, Jr., and after months of increasing tension on campus, the students at Tuskegee Institute in Alabama occupied a building on campus where the Trustees were meeting, demanding...

The Aerobics Craze of the 1980s

In the late 1960s, Air Force surgeon Dr. Kenneth Cooper was evaluating military fitness plans when he realized that aerobic activities, what we now call cardio, like running and cycling, was the key to overall physical health...

Stede Bonnet lived a life of luxury in Barbados, inheriting from his father an over 400-acre sugarcane plantation, along with 94 slaves. But in late 1716, when he was 29 years old, Bonnet decided to leave behind his plantatio...

In 1775, a smallpox outbreak struck the Continental Northern Army. With many of the soldiers too sick to fight, their attempted capture of Quebec on December 31, 1775, was a devastating failure, the first major defeat of the ...

The Sea Islands Hurricane of 1893

On August 27, 1893, a massive hurricane struck the coast of South Carolina and Georgia, battering the Sea Islands and Lowcountry through the next morning. Around 2,000 people in the thriving African American community perishe...

After the Civil War, the simultaneous shift in the labor economy of the Southern United States and the second industrial revolution led to a growing interest in labor organizing. Newly formed labor organizations led a combine...

As many as two million Irish people relocated to North America during the Great Hunger in the mid-19th Century. Even after the famine had ended, Irish families continued to send their teenaged and 20-something children to the... 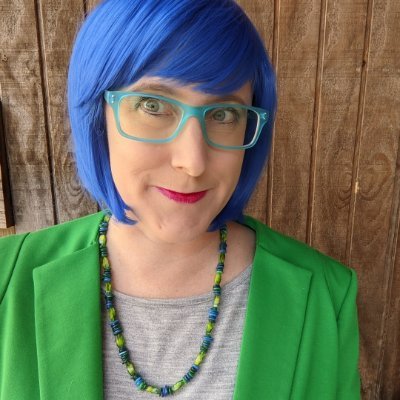 Kelly has always been the kind of person who asks questions — lots of questions — to anyone who will listen and answer. With a BA in Religious Studies from Northwestern University and an MA in Religious Studies from the University of California, Santa Barbara (where she wrote a thesis on feminist witches), Kelly has turned her questioning to politics and history where she digs deep into stories that aren’t getting enough attention.

By day Kelly is an administrator at the University of Chicago, where she has worked since 2004.

Kelly lives on the southside of Chicago with her husband, two kids, and two cats. When she’s not podcasting or working you can find Kelly with knitting needles in her hands. If she could knit and podcast at the same time she would.

"Unsung History is such a great podcast!! It covers a diverse range of historical topics (labor, gender, pirates, history of the oppressed, just to name a few) in a nice, concise format. I’m a history…"

"Where to even begin? I listen to a LOT of history podcasts and Unsung History is my absolute favorite. Not only do I learn new things (as a former history major who continues to consume a lot of hi…"

"I absolutely love this podcast. Always astounding, sometimes heartbreaking, sometimes inspiring. Each episode turns your understanding of the past and present on its head to some degree. The scholarl…"

"Love the subjects and how the host hones in on the most salient points about each "unsung history." I also appreciate the thorough, well-paced introductions to each episode."

By Dressing Up book on July 4, 2022 via Apple Podcasts

"This podcast is a fascinating and satisfying deep dive into the parts of history that aren’t covered in the classroom. Each episode is comprehensive yet easy to follow, and the host’s and guests’ ent…"

By KateOhKatie on March 9, 2022 via Apple Podcasts
See all reviews