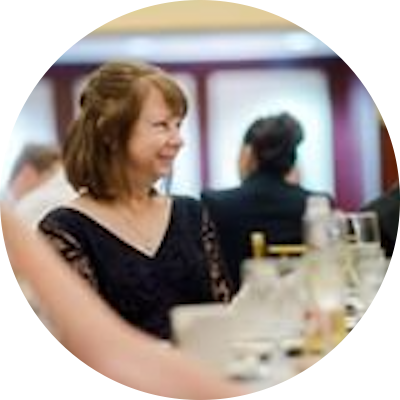 I am a historian of scrappy women. After twenty-five years as a university professor, I now write full time from a place affectionately referred to as Southfork. I also love to talk about these women and am available for public presentations, book club chats, etc.

My most recent book is Queen of the West: The Life and Times of Dale Evans. It represents a lot of “firsts.” It is the first full-length biography of this mid-twentieth century multi-faceted star. It is the first book to use biography to chart the broad sweep of changes in women’s lives during the twentieth century, and to have popular music, movies, and television shows as its backdrops. The glitter of country music, the glamour of Hollywood, and the grit of the early television industry are all covered. It is the first book to draw from never-before-seen sources (especially business records and fan mail) from the Roy Rogers-Dale Evans collections at the Autry Museum of the American West. One of the central tensions of Dale’s life revolved around chasing the elusive work/family balance, making her story instantly relatable to women today, In addition to fame, Dale longed for a happy, stable, family life. Her roles and wife and mother became the foundation for her public persona: the smart, smiling, cheerful cowgirl. Unusual for its time were Dale Evans’s attempts to control the trajectory of her career at a time when men dominated decision-making in the entertainment fields.

Publishers Weekly called it an “illuminating and definitive biography” that “restores an oft-overlooked yet influential 20th-century celebrity to her rightful place in music history.” The entire review can be found here.

Another positive review appeared in BookTrib, followed by a brief Q&A with me.

And if you’re a podcast enthusiast, you can listen to me on Cowboy Up! and The Bookshop at the End of the Internet.

In June 2020, I published Dr. Mary Walker’s Civil War. For her work as a physician with the Union during the war, Walker became the only woman to receive the Medal of Honor. Her wartime exploits were astonishing enough, but she was a lifelong advocate of women’s rights who tirelessly promoted dress reform (she always wore a Bloomer costume) and suffrage.

Before Mary Walker, I wrote a trilogy of nonfiction books about American women in the Philippines.

The first, Prisoners in Paradise: American Women in the Wartime South Pacific, reveals what happened to American women living in the Pacific theater as the Japanese occupied that territory during World War II.

The follow-up, Citizen of Empire: Ethel Thomas Herold, an American in the Philippines, provides an in depth look at an ordinary American woman from a small town in southwestern Wisconsin who embraced the goals of U.S. imperialism in the Philippines. She spent most of her adult life there, including over three years as a prisoner of the Japanese during World War II.

The last, Angels of the Underground, was published by Oxford University Press in 2015. Here I am, talking about it on C-SPAN.

I have a wonderful husband, son, daughter-in-law, and two grandsons.

Sam Clark and Marta Rusten provide technical support for all of my computer issues, and they were essential to the creation of this site.

I am a big fan of narrative nonfiction. Come join my Facebook discussion group Nonfiction Fans, which I co-moderate with the fabulous Pamela Toler. I also read a lot of historical fiction, and I enjoy an odd variety of t.v. shows and going out to the movies.

Dale Evans, Queen of the West

Dale Evans is probably best known as the Queen of the West, the wife and co-star of the King of Cowboys, Roy Rogers. But before she ever met Roy, Dale had a successful career in singing, songwriting, and acting, and she had …