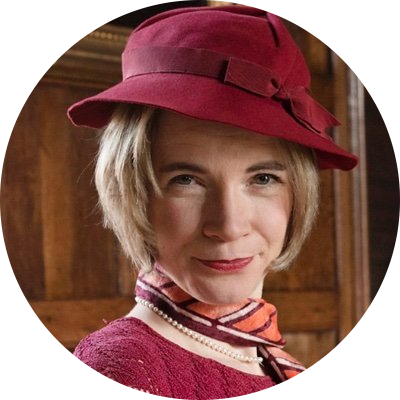 Lucy Worsley is an architectural and social historian, writer and Chief Curator of Historic Royal Palaces. She specialises in Tudors to the present day.

Alongside Tracy Borman, Lucy and the team of curators at Historic Royal Palaces are responsible for the way that the palaces are presented to visitors today. Their job is to share the stories of some of the most significant historic buildings in Britain: both architecturally, and as the settings for momentous events in English history.

Lucy joined Historic Royal Palaces as Chief Curator in 2003. She previously spent six years as an Inspector of Ancient Monuments and Historic Buildings for English Heritage as well as a stint at Glasgow Museums.

Lucy has particular expertise in 17th-century architectural and social history, up to 1760; the social use of buildings; George II; and The household of William Cavendish, 1st Duke of Newcastle.

Lucy was made a member of the Order of the British Empire by Her Majesty the Queen in 2018 and in 2019 her programme Suffragettes With Lucy Worsley won a BAFTA.

Agatha Christie is the best-selling novelist of all time, whose books have been outsold only by the Bible and Shakespeare. You can probably name several of her books and recurring characters, but how much do you know about A…