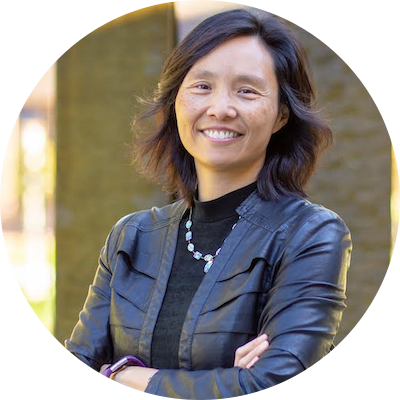 Judy Tzu-Chun Wu is a professor of Asian American Studies at the University of California, Irvine and the director of the Humanities Center. She specializes in Asian American, immigration, comparative racialization, women's, gender, and sexuality histories. Wu received her Ph.D. in U.S. History from Stanford University and previously taught at Ohio State University. She authored Dr. Mom Chung of the Fair-Haired Bastards: the Life of a Wartime Celebrity (2005) and Radicals on the Road: Internationalism, Orientalism, and Feminism during the Vietnam Era (2013). Her book, Fierce and Fearless: Patsy Takemoto Mink, First Woman of Color in Congress (2022), is a collaboration with political scientist Gwendolyn Mink. Wu is currently working on a book that focuses on Asian American and Pacific Islander Women who attended the 1977 National Women’s Conference and co-editing Unequal Sisters, 5th edition. She co-edited Women’s America: Refocusing the Past, 8th Edition (2015), Gendering the Trans-Pacific World (2017), and Frontiers: A Journal of Women’s Studies (2012-2017). Currently, she is a co-editor of Women and Social Movements in the United States, 1600-2000 and editor for Amerasia Journal. She also serves as chair of the editorial committee for the University of California Press and as a series editor for the U.S. in the World Series with Cornell University Press. She is the co-president of the Berkshire Conference of Women Historians.

In Patsy Mink’s first term in Congress in 1965, she was one of only 11 women serving in the US House of Representatives, and she was the first woman of color to ever serve in Congress. Mink was no stranger to firsts, being t…